Discussion and advice about emulating the QL on other machines.
Post Reply
7 posts • Page 1 of 1

Following on from my tale of woe at viewtopic.php?f=19&t=2656 I've attempted to assemble some code with my trusty GWASS60_bin (George Gwilt's GWASS for 68020 processors) version 5.07 (the latest version) on SMSQmulator version 2.27. I get an address errors as soon as I execute the assembler. The prompt to start assembling is green while the prompt to quit is white. QMON shows the following: 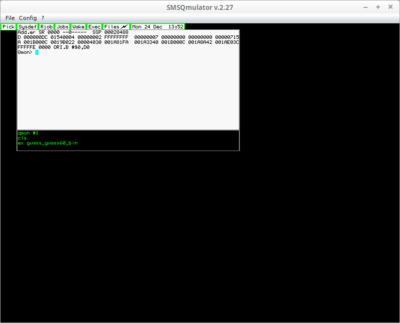 No matter how many times I run it, it always hits the same register dump with the PC set to $FFFFFE etc as shown in the screen dump. But that's probably not relevant. This has been used numerous times on QPC2 with no problems, hence my suspicion that it's SQLQmulator at fault.

After a fresh reset of SMSQmulator, I ET gwass60_bin and the start address is $19A5FC. I've traced it through and the screenshot below, somewhere, shows that it barfs at an instruction at address $19AEF5 which is indeed an odd address. It got there from this code:

Address $19AEF5 is half way through the currently executing instruction at $19AEF4! 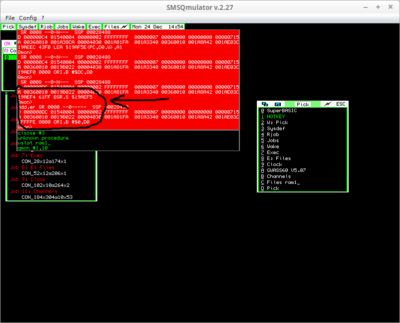 This would tend to imply that faults is in GWASS, but it's been working for ages under QPC2, so I'm confused. (My normal state!)

I thought SMSQMulator emulates a 68000 CPU - Why does GWASS even run (sortof)?

I checked with PRINT PROCESSOR which returned 20.
That's a 68020 as far as I recall.

NormanDunbar wrote:I checked with PRINT PROCESSOR which returned 20.
That's a 68020 as far as I recall.

Sorry, Norm, but this has to be a mistake of some sort. PROCESSOR returns 0 here, and nothing in the documentation suggests that SMSQmulator now implements a 68020. GWASS only works on a 20, AFAIK. 20s can operate with odd addresses which presumably is one reason why GWASS barfs under SMSQmulator.
BTW: Just for the hell of it, I sometime run QPC2 under W2k in a VirtualBox on Window 10. On my machine it gives about the same experience and performance as running it in Windows directly. I believe VirtualBox (or similar) is also available for Linux. It may be worth a try, if your are desperate enough..

I use virtualbox already, for nany things, but I'm loathe to have to install a windows VB just to run QPC2.

I use virtualbox already, for nany things, but I'm loathe to have to install a windows VB just to run QPC2.

MACHINE returns 20, PROCESSOR returns 0, at least under W$7.
But SMSQm8 is m68000 only so odd addressing should be avoided.
Gwass60 can and should be told to omit anything for 68020+. Read the manual.